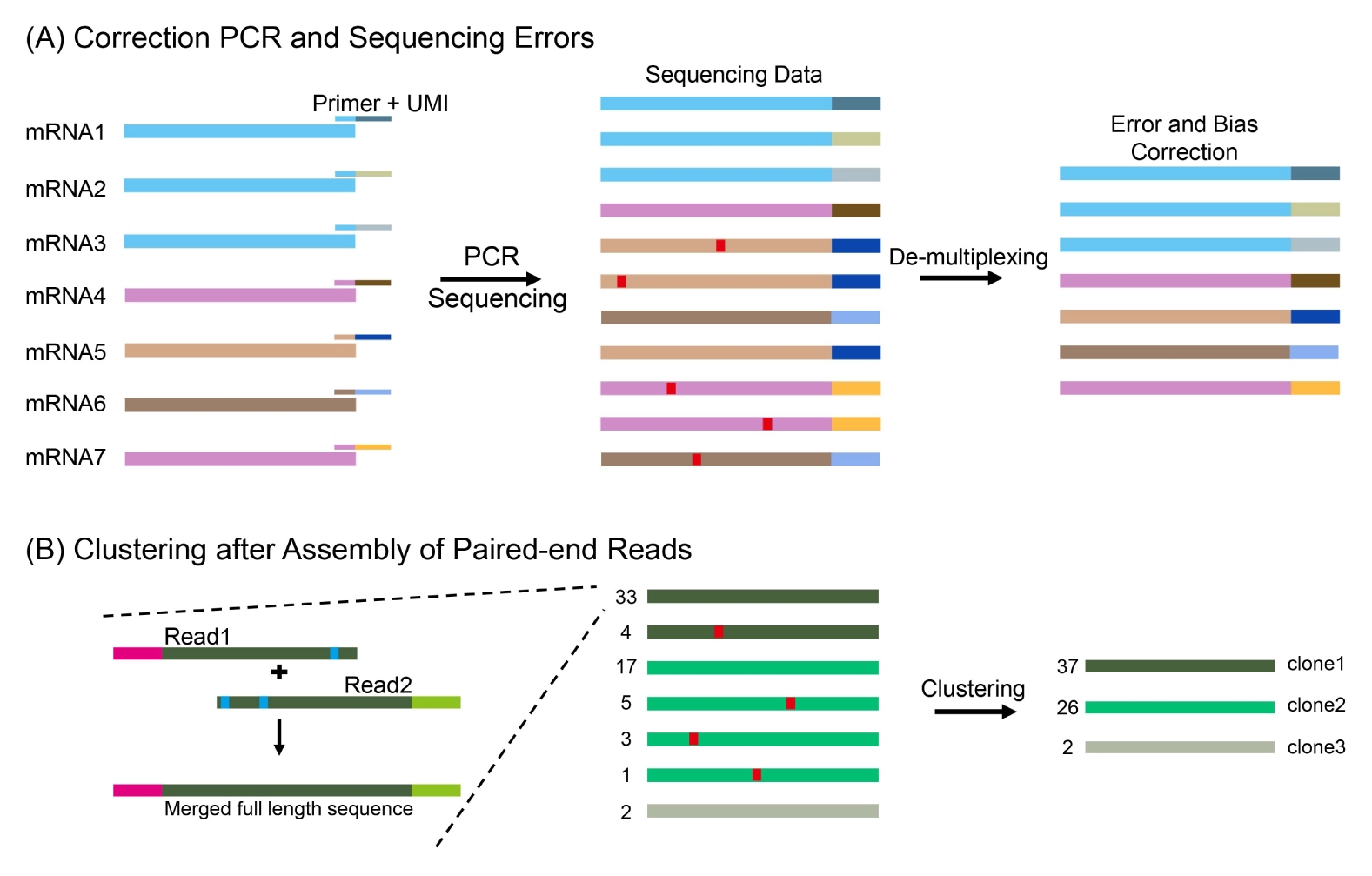 Procedure of error correction and clonotyping. (A) Through UMIs attached to each read, the same sequences with the same UMI are considered as duplicates to be eliminated. Different sequences with the same UMI are produced by errors during PCR and sequencing. These sequences are collapsed based on UMI. (B) Read 1 and read 2 of paired-end reads from V(D)J full-length are assembled into a single sequence when reads have overlapping regions at their 3′ ends. Assembled sequences with high similarity are then clustered into the same clone in order to infer the origin of these sequences. Individual counts of collapsed sequences are summed to quantitate clonal abundance. Red squares in lines represent PCR and sequencing errors that can be corrected by UMI and/or clustering. Sky blue indicates bases with poor quality in paired-end reads.